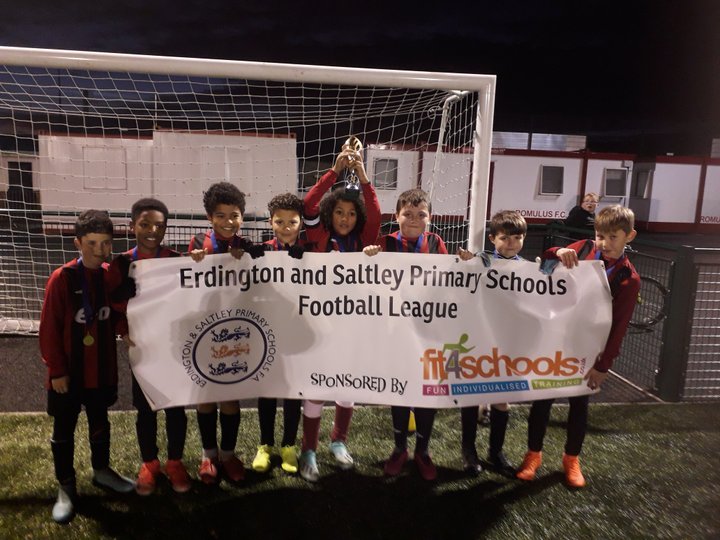 HILLSTONE 5 THE OVAL 1 (7-1 aggregate).
On a crisp, cold evening at Castle Vale Stadium on Monday, Hillstone snagged the ESPSFA Trophy as they defeated a valiant Oval side. The final made all the more significant as both sides were captained by Erdington & Saltley district players.
As agreed, 'stone began with a two-goal lead and any early goal on the night would be pivotal - and so it proved. Just over a minute had elapsed before Hillstone struck and less than two minutes later they had doubled their advantage on the night and the final was rapidly slipping away from The Oval. Not allowing The Oval time on the ball, Hillstone hounded their opponents and the red'n'blacks added two more to their tally: - one a fine fiercely hit strike, the other a close-range tap in. The 4-0 half-time scoreline, which excluded the 2-0 start, left The Oval with more than Everest to conquer, they would need to reach to for the stars.
Credit though to the lads in blue who never gave up and kept on plugging away; they more than deserved their second half goal. Hillstone though just had too much on the night for their rivals from Kitts Green and were justly crowned Trophy winners for 2019.
One feels that this may not be last of the trophies that will be Hillstone-bound this season - the standard has been set, can anyone match them?